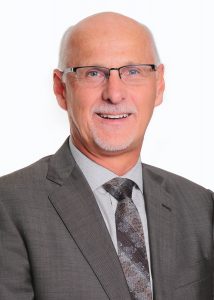 Rick, who retired from Libro in 2019 after 46 years of dedicated service to the credit union, has been named the 2020 recipient of the Distinguished Credit Union Leader Award by the Canadian Credit Union Association.

Presented every year at the CCUA’s Annual General Meeting, the award recognizes exemplary individuals in the credit union system. In making the award, the CCUA Awards Committee’s members said they were impressed by Rick’s “outstanding leadership and contribution to national system stability” and by the many letters supporting the nomination.

Steve Bolton, Libro’s President, CEO and Head Coach, said: “I have had the pleasure to work with Rick for my whole career at Libro and know he has made a difference: a difference for Libro, the cooperative sector,  to myself personally, and to many others who have the pleasure of knowing him. That is what he is being recognized for with this tremendous award. Over 46 years of making those around him better off.”

A popular figure among credit unions and cooperatives, Rick Hoevenaars devoted his career to the principles behind credit unions, which are all about people helping people. His long career began with a part-time job, when he was a 15-year-old student, at the far smaller credit union.

This year the award came during a virtual meeting, held online due to the pandemic.